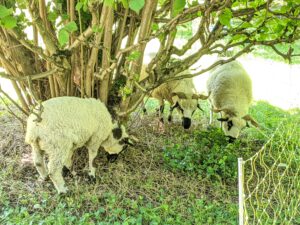 Our traditional interpretative picture of the internal dynamics of ancient star clusters has been recently revolutionized by a series of discoveries about their chemical, structural, and kinematic properties. The empirical evidence that their velocity space is much more complex than usually expected encourages us to use them as refreshingly novel phase space « laboratories » for some long-forgotten aspects of collisional gravitational dynamics. Such a realization, coupled with the discovery that the stars in clusters were not all born at once in a single population, makes them new, challenging dynamical puzzles. Thanks to the proper motions of thousands of stars which have just become available from the European Space Agency mission Gaia, we have entered a new  »golden age » for the study of the dynamics of this class of stellar systems, as the full phase space of several nearby Galactic clusters has been « unlocked » for the first time. In this thriving context, I will present the highlights of a more realistic dynamical paradigm for these intriguing systems, with emphasis on the role of angular momentum, velocity anisotropy, external tidal field, and their non-trivial interplay. Such a fundamental understanding of the emerging phase space complexity of these old stellar systems will allow us to address many open questions about their rich dynamical evolution, elusive stellar populations, putative black holes, tantalizing dark matter content, and, ultimately, to formulate a modern view of their role within the evolving landscape of near-field cosmology.