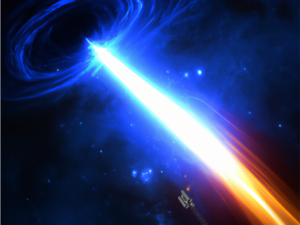 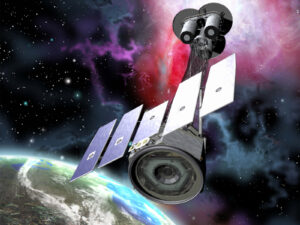 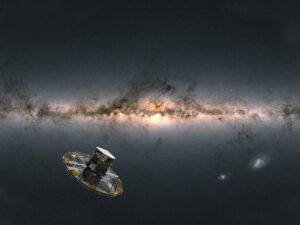 A project funded by the European Research Council (ERC) to study gravity and dark matter using observations of structures in the local universe, particularly the stellar streams that criss-cross the Milky Way.

The “GreatDigInTheSky” is a Galactic Archaeology project that is using the relic structures in the nearby universe to measure the acceleration field around our Galaxy to try to understand the nature of gravity and the properties of dark matter. One of the great puzzles in physics today is the discrepancy between the amount of matter we deduce in the cosmos via our direct surveys of stars and gas, and the amount we derive though analyses of the motions of the stars and gas. Such studies show that our direct observations seem to be “missing” most of the universe’s mass, that is, most mass is dark or invisible to us. The leading theory is that this material is composed of some, as yet unidentified, elementary particle, that interacts only very weakly (or not at all) with normal matter. While this so-called “cold dark matter” theory is in good agreement with observations on cosmological scales, some important tensions appear on the physical scale of galaxies. Many competing theories have been developed over the years to address these tensions, positing different physical properties for the dark matter particle. Yet others propose that dark matter does not exist at all, and that it is our theories of gravity that are at fault.
The recent revolution in the quality of astronomical data for nearby galactic systems, especially for the Milky Way, now permits a careful reassessment of dark matter and gravity theories. The data of particular importance are the astrometric observations from the European Gaia space mission that has measured distances and transverse motions of stars out to approximately 30,000 light years with exquisite accuracy. Our team has developed a method to use these Gaia data together with other surveys of the sky to identify a large number of star streams in the Milky Way. These structures appear as long bands of stars on the sky that share share similar distances and velocity. They are challenging to detect due to the overwhelming contamination from billions of normal Milky Way stars that they share space with. These star streams are relics from ancient dwarf galaxies and star clusters that were slowly wrecked over cosmic time due to the tidal forces of the Milky Way. Their importance is that the stars that they are composed of have very similar orbits, and as such they can be used to put stringent constraints on the acceleration field (i.e. on the force field) of our Galaxy.
Since theories of gravity and dark matter are effectively recipes for the force field, our ambition is to use the new state-of-the-art data to see which model works best, and which ones can be ruled out. Needless to say, contributing to the solution of this very fundamental problem of physics will help improve our understanding of the universe, of mass, and of the force of gravity.
A major component of our work to date has been the development of algorithms to detect the needle-in-the-haystack that are stellar streams. We have used a carefully designed filter and also a machine learning approach to search for new stellar streams from the Gaia space mission data. The candidate structures are being carefully followed up from large ground-based observatories to provide measurements of the missing line of sight velocity and chemistry (Gaia provides this only for the brightest stars). The resulting kinematic and chemical information is being analysed to understand the orbits and origin of the streams, both from low-mass globular clusters and from much larger satellite galaxies. In some cases we have found that the internal dynamics can be quite intricate: for instance revealing the presence of rotation in the progenitor, or in a sub-component of the progenitor. Such motions are reflected in the kinematic properties of the streams and must be modelled or accounted for.
These star streams also tell us directly about the structures that fell into the Milky Way, thereby contributing to its buildup and formation. Indeed, using an objective measure of correlation between infalling satellites and star streams, our team has been able to identify six families of accreted structures, testifying that there were at least six different main accretion events that occurred in the Milky Way’s distant past. Another highlight of our work was the discovery of the most metal-poor structure yet known (i.e. the closest in chemical makeup to primordial matter), which as it so happens is now a stellar stream. Interestingly, this most ancient of objects possesses chemical patterns that resemble a star cluster, whereas its kinematics are more suggestive of a small galaxy.
Our team naturally has also been studying the properties of the most metal-poor stars in the Milky Way, as they are relics from the earliest stages of the formation of our Galaxy. By using surveys that sieve out metal poor stars (e.g. with narrow-band photometric filters) we are able to dig deeper into the Galactic contamination and detect star streams that would otherwise be below our detection threshold, thus increasing our sample of useful structures for dynamical analysis.
We have also devoted a large effort to building the computational machinery to model the Milky Way and its stellar streams in such a way as to remain as agnostic as possible to the underlying physics. This is important, as we want to make sure that we would be able to detect unexpected properties of gravity, if they are real. To this end we have built analysis codes that use, for instance, neural networks and machine learning to allow the data to tell us the preferred relationships in the data.