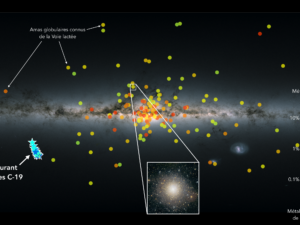 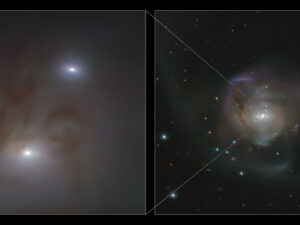 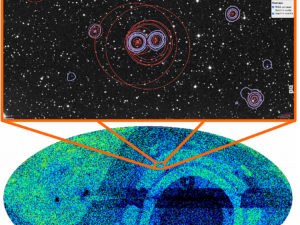 Strasbourg astronomical Observatory (ObAS)  is an Observatory, a faculty of the Strasbourg University (Unistra),   and a  mixed research unit  from  CNRS  and Unistra. As such, ObAS provides services to the entire astronomical community, contributes to teaching, conducts research activities in many fields of astrophysics and takes part in public outreach. It also preserves rich heritage collections that it seeks to promote.

As an Observatoire des Sciences de l’Univers (OSU), under INSU supervision, ObAS participates in several National Observation Services (SNO), provided in particular by the assistant astronomers and astronomers of the CNAP corps.

The Strasbourg Astronomical Observatory is an independent faculty of the University of Strasbourg and has the status of an internal school. It manages the astrophysics course (M2) of the Master’s degree in Physics, which is hosted by the Faculty of Physics and Engineering.
For its students, it has a pedagogical observation platform, installed in one of its domes and composed of two coupled 36cm telescopes for imaging and spectroscopy.

The Observatory’s teachers also give lectures in other faculties of the University.

As a research laboratory under the supervision of the CNRS and Unistra, ObAS’ mission is to contribute to the progress of knowledge in astronomy and astrophysics through:

The laboratory is structured in two scientific teams:

Its researchers and lecturers work on various themes: stellar physics, compact objects and black holes, and their extreme environment, the interstellar medium, nearby galaxies, including the Milky Way, the evolution of galaxies, and the cosmology and reionisation of the Universe.

Located on the historical campus of the University of Strasbourg, the current Observatory was built in 1881, during the German period. It was then equipped with important observation facilities, including a large refractor, today the 3rd largest in France, which is still used for public observation sessions, in partnership with the Jardin des Sciences (JdS) of the University of Strasbourg. The observatory also preserves a rich heritage of astronomical instruments, objects and ancient works.

The Jardin des Science runs the Strasbourg Planetarium, which has been located in one of the observatory buildings since 1986 and which it ran directly until 2008. A new planetarium is currently under construction.

More on the Observatory